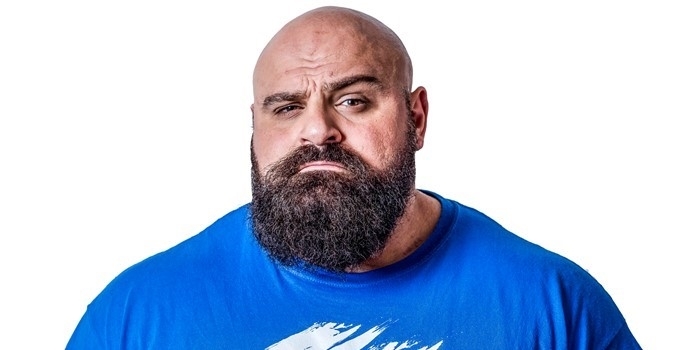 Born on Christmas Day, Swindon’s Laurence Shahlaei’s sporting career spanned rugby, Kung Fu (where he was British Champion), and even table tennis (where he competed regionally). As he grew older, powerlifting and then strongman were the sports that really captured “Big Loz’s” attention. Entering his first novice contest in 2005, Shahlaei’s career has been almost as long as it’s been successful. As well as having tremendous static strength (435KG deadlift), Shahlaei is also renowned for his speed, as illustrated by his car walk world record.

Resilience is also a key factor in Laurence’s success, recovering from a string of injuries to add the 2016 ESM title to his brace of BSM titles. Shahlaei has proven worthy of his nickname 'the Warrior', and shown that he has what it takes to beat anyone in the world.